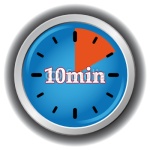 Today was a great day….maybe I am getting ahead of myself with just under 4 hours to go but the first 20+ hours were good. It started kind of normal got out of bed 10 minutes or so after I “should have”. Got my kids up and to school on time (bonus) and picked up some friends for breakfast.

Now breakfast was a special treat. It was a fundraiser at a local B & B and it was raising money to build a playground for our neighbors to the east. A worthy cause indeed. I have driven by this place probably 1,000 times and have never been inside until today. There is something special about exploring places in your own town. My curiosity about the place has been replaced by a nice memory which included a good meal for which I did not have to cook or clean.

Next I was off on a shopping trip which included a stop at store I love, Marshalls. For those that are not familiar it is a large store which carries designer clothes and home goods for a decent price. It is a treasure trove for those that like to shop and save money….isn’t that everyone? Anyhow I only had 35 minutes to spend in there which was not nearly enough for a thorough trip, 3 hours would be good….but I scored something for my daughter which got me some serious points for the price of $5.99 (sound the crowds cheering LOUDLY). Added bonus,  I didn’t lose my mind when checking out 10 minutes later than my schedule allowed and oopsie a problem the cashier had to start over….she apologized. I said hey it’s my fault I was supposed to be out of here 10 minutes ago, we’re good. Left happy with my purchases and the fact that I didn’t get impatient with myself or the cashier. Called the doctor’s office and told them I would be 10 minutes late. No big deal….sometimes I get so upset about being on time and most of the time it is just plain stupid.

So I get to the doctor a little late but not terrible…..maybe 10 minutes late. It’s my gyno I called earlier this week because I need to get a mammo and in order to get the mammo I need to get a script…..in order to get the script I need to see the gyno….it’s the lovely merry go round of health care sometimes the protocol is a safe guard and a lot of the time it’s just bureaucratic BS but I don’t mind because I am very fond of my gyno we’ll call her Dr. Smith.

Dr. Smith always makes me feel like I am her favorite patient or at least in the top 10 and I really believe that I might be on the list. She brought both my babies into the world under stressful conditions. I credit her for saving my life because another doctor may have overlooked my symptoms but she didn’t. She listened, she cared, she sought out a diagnosis. She sent me for an ultrasound when I was 39 weeks pregnant because I complained of an ache behind my left knee. Turned out I had a deep vein thrombosis (DVT) and oh yes that shit can kill you, quick. The planets aligned for me and my family that day and she was a big part of that. When I got pregnant a year after my son was born I could see the concern on her face but we got through it with some bumps along the way. Before my daughter was born I told her I wanted to get my tubes tied (because really two pregnancies, blood clots both times I don’t need to test fate anymore than I already have). Dr. Smith was visibly relieved I don’t think she could have handled another pregnancy with me.

So today I had my exam and after we just talked. Me in my paper towel dress on the table and her in her white coat….talked for twenty minutes like we were at Starbucks meeting an old friend. She told me about her granddaughter who was born 3 months premature and I could imagine the fear and absolute dread that she must have felt at the hospital with her baby’s baby is such a precarious situation. I felt genuine sorrow that she had to experience those feelings. I was equally thrilled and happy for her when she described her as she is today. A vibrant healthy one year old with an advanced level of thinking and clearly the apple of my friend’s eye.

Dr. Smith told me she was retiring although she was not that committal at first. She told me that she was going to take some time off to be with her granddaughter, maybe a few years. I smiled. Dr. Smith is at least 70 I know she is done at least at this level and I really am happy for her. We talked about museums and I invited her to my house and told her she could stay over and we could explore the museums of Philadelphia. Despite the sincere offer to have Dr. Smith over I doubt she will come….she’ll be busy with that baby. Here’s the thing though……if today is our last encounter then it is OK. I listened to her share some private moments, her dreams, her plans and she nurtured me as she always has. We exchanged emails and I hugged her and when I did……. I thanked her for bringing my babies into the world and I told her that I loved her. I meant it.