I’ve been doing cringe worthy crap my entire life. This week has been off the chart, here’s a recap:

Last night I was in a doctor’s office with my daughter. She needed to get an X-ray. I saw a close friend with her daughter also waiting for an appointment. Instead of just saying hi like a normal person. I go over and say “What are you in for?” because people love to announce their private medical concerns in a crowded waiting room. I might be terrible.

One evening at bedtime my daughter mentioned that she has fears of someone breaking in and killing everyone. She asked if I would run in and rescue her. I said, “Hell no, I’ll be running for my life. You’re smallish, hide in a closet, play possum, figure it out.” Now I’m wondering if we should just put her college fund toward therapy. Probably terrible.

A dear friend has been dealing with a kid with a foot injury. Her kid is pretty delicate so the pain tolerance level is – butterfly kisses chafe. One morning this week she was trapped in bed with her tween, afraid of waking her daughter if she moved. I don’t know how long she was pinned, arm going numb as her bladder begged to be emptied. Most parents have been held hostage in this way – desperate to escape, afraid to rouse the sleeping child.

The injury happened over the weekend and the effects lingered for several days. She kept her daughter home from school on Monday, concerned that she wouldn’t be able to use the bathroom without assistance. Later that day she sent me a picture of the balloon animals they made out of an excess of desperate boredom. I texted her…If your kid can make a G-D balloon dog she can pull up elastic pants, that’s all I’m sayin’. My friend insisted the issue was with putting weight on her injured foot, but still…moderately terrible. 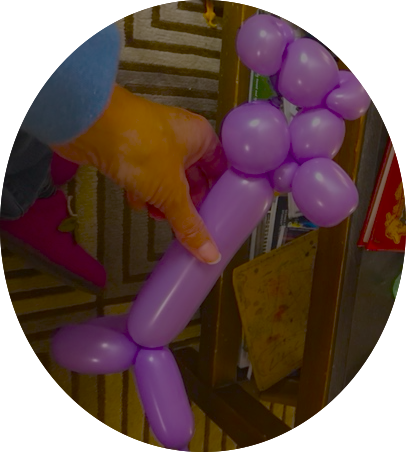 I was assisting an 80 year old client with bathing this week. Three minutes into the bath she mentioned that she felt an urge to go. I may have said “please don’t sh*t in the tub” repeatedly under my breath. She has really good hearing. Sh*t in the tub is a horror show so, probably not so terrible.

This weekend I accidentally took my son’s phone. Not too terrible, EXCEPT when he suggested that I might have accidentally picked it up and I immediately dismissed the idea. In fact my husband and I thought that perhaps our son was scared that he lost the phone and was desperate for a scapegoat. Then my husband and son searched the path of a walk they took the prior evening (the search took place in cold, rainy conditions because of course it did). Approximately an hour later the phone was found in my car. Clearly my son’s suspicions were proved correct. Moderately terrible, I apologized.

I was catching up with some volunteer work the other day. To be honest, I’ve wanted to “retire” from this particular project but the benefits are so good it’s hard to walk away. That’s a joke the benefits are a significant loss of personal time, a severe lack of appreciation and agita. I was emailing another volunteer and she was getting a bit testy with me. I decided to use the exchange as a writing prompt and somehow managed to send her a text with my observations which I intended to flesh out into a fictitious blog post. Bottom line is I hurt the other person’s feelings. So I’m terrible AND an idiot. I apologized, definitely terrible.

From this day forward, all the sh*t that goes sideways will be known as a writing prompt. What terrible cringey things have you done this week?