I went to summer camp once when I was a kid and it was subsidized. We drove 45 minutes each way on a school bus with a bunch a screaming lunatics. You had to watch your back and guard your lunch or you wouldn’t eat that day beyond the off brand stale snacks they gave out. I’m so glad I clawed my way out of poverty so I can eat real Oreos and not those sad Hydrox second rate cookies.

My kids have each gone to a variety of summer camps – soccer, chess, YMCA, a drone academy, tech school, improv comedy and cow camp. Cow camp is quite special, this summer will be my daughter’s 4th year. We basically pay an exorbitant amount of money to have her work on a dairy farm for a week. She partners up with a friend (because they’re suckers too) and the two girls get assigned to a calf for the week that they attend camp. They groom the calf, walk the calf on a lead and review the basics of showing livestock. They also spend a day in the milking barn. The place smells like sour milk and cow sh*t but my girl loves it and it’s the most effective way to pry a phone out of her hand.

My husband gets annoyed paying for this working farm camp and he suggested we start a “Housecleaning Camp.” Naturally we would charge the parents an outrageous sum of money to send their kids to our house to learn proper cleaning. My husband would have to teach it because I’m not qualified. It sure would be nice to earn some cash and get the house cleaned. I’m currently drafting a business plan and I intend to franchise.

Last year my daughter attended cow camp with a very good friend who shares her sense of humor. They told me what they wanted to name their calf and I thought it was funny. I posted about it on Facebook:

“Informal Poll – If your kid went to a dairy farm camp and they (along with a friend) decided to name their cow “Burger” would that be considered funny or disturbing? Asking for a friend…”

Most of my FB friends thought it was funny. Except one person who wrote this:

“Are they prepared to butcher and eat it? That would be the difference between ‘’for real/funny’’ and ‘removed/callous.’ If my kid were in the first category, I would be immensely proud because I think we all need to own our sh*t, and as a parent and teacher, our kids NEVER own their sh*t because we have failed and created ‘snowflakes in climate change’!” 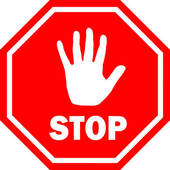 Woah lady, slow down.This is supposed to be a light-hearted post. No she isn’t going to butcher a dairy calf for food, that WOULD be wrong. Plus she is only kind of leasing the calf for a very specific time period. That calf will be working with two more campers next week. I can’t imagine what that bill would be not to mention the psychological trauma for all involved.

And with that the levity and humor was sucked out of my post. I know the person who wrote that and I like her, I still do. I pointed out that it is a dairy cow so that eliminates the meat aspect. It kept nagging at me though so I decided to put it under my mental microscope to take a look.

Use of NEVER is non starter for me. I point out my kids’ errors on a daily basis. I don’t consider myself a maker of snowflakes but perhaps that is like the crazy person who can’t see their crazy. To say someone NEVER does something would actually take some serious effort at consistency. Doesn’t apply, let it fly.

Then I focused on the term callous and that’s what got under my skin like a splinter you can’t quite get regardless of the tweezers and incessant picking. Then I came to the realization that my kid needs to be a little calloused. The fact that she is showing some grit in a humorous way actually puts us in the plus column.

And then I found this T-shirt:

We tried drone camp for the first time last summer. My son is mechanically inclined and he likes to fly drones so we decided to give it a try. There aren’t that many camps that interest a 14 year old dude. I got a super creepy vibe off the owner when I walked in on the first day. There were just a handful of people signed up including a mother and her two kids. The fact that a mom was there gave me some comfort.

This was a one week camp and I stayed within a 5 minute drive while my kid was there. I usually sat in the parking lot for the 2 hour sessions. Each day I would hear about some sexist (toward the mom and daughter) remarks or other inappropriate comments hurled at the helpers by the owner.

The owner, Mr. Yaya (a solidly fake name), would verbally abuse the help, who had the misfortune of also being his stepsons. He would say stuff like “they’re white on the outside but yellow on the inside,” Whaaat?!. One time I watched an argument between Yaya and one of his stepsons. Yaya was yelling at the kid saying “don’t tell me how to run my business” as I’m walking toward the building. Awkward.

On the last day of camp Yaya announced that he was going to Maine. I mentioned that we had gone to Bar Harbor in June. Yaya proceeded to tell us why he hated Bar Harbor and how only stupid people go there. Apparently, Bar Harbor gets far too crowded for Yaya, he isn’t really a people person (shocking because he is so damn charming). The icing on this weird cake was that my son built a drone during the camp but he wasn’t permitted to keep it. Basically another pay-to-work camp. I’m thinking we will skip drone camp next year.